How to Survive Moving to Chicago 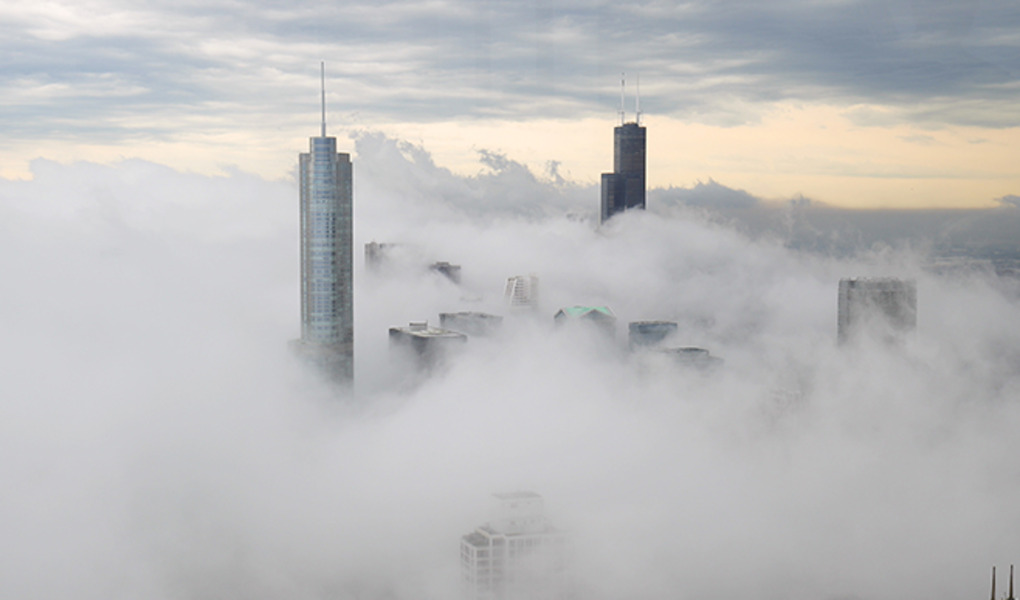 The city of Chicago is a great choice for your new home. The Windy City earned its nickname by being naturally breezy, based on its proximity to Lake Michigan. If we’re being frank, the city has also earned a negative reputation that may deter some people from making it their permanent place of residence. However, there are many positive aspects to the city that will win you over. From its culture to its food and passion for sports – the city has it all. Whether you’re moving as a single person or with a large family, there are many activities that will make you fall in love with the city even more. The city has all the appeal of a major city but with a lower price point than other cities like New York or San Francisco. Thinking about making a major move to the Windy City? The first thing you may want to keep in mind is that Chicago residents don’t actually call it that. It is a named usually used by tourists. Now that you have your first real Chicago lesson out of the way, we have some tips to help you make a smooth transition and feel like a native Chicagoan in no time.

Prepare for the cold

If you live in a state that experiences tough winters, you still may not be thoroughly prepared for the onslaught of cold that comes with living in Chicago. Chicago is known for its brutal weather and it would be wise for you not to underestimate it. Overall, the weather may be unpredictable, and winters can be long and very unforgiving. Stack up on warm winter clothes and ensure your car is properly maintained. Everything from snow tires to shoveling items will be necessary to maintain your safety on the road, if you choose to have your own personal form of transportation. When looking for housing, the presence of a heating and cooling system will be essential if you are to survive the winter.

From these harsh winters, a Chicago tradition was born. During the winter, residents must shovel a parking a space after heavy snowfall. Given the level of time and energy it takes to clear the space, once it is complete, they put personal items in the spot to mark it. One Chicagoan created a Tumblr blog that chronicles the tradition. People tend to get very creative, putting anything from cryptic messages to large teddy bears. If you’re thinking about moving to Chicago, you may want to make a decision soon if you are to participate in this long-standing tradition that the residents enjoy. City officials are looking to put an end to the famous ‘dibs season’ and have issued warnings that personal items left in parking spaces will be discarded.

Take advantage of the beaches when possible

When the weather allows, the beach is very enjoyable in Chicago. The Midwest isn’t the first location that comes to mind when you think of a fun beach day, but Chicago just might surprise you. Since the beach doesn’t border the ocean like those in Los Angeles or New York City, you won’t be getting any saltwater. However, you will still get the same great experience. Chicago’s beach spreads across 26 miles along Lake Michigan and is largely ignored by tourists, which means that you will have full, uninterrupted access to it whenever you like.

Some of the most popular beaches in Chicago include:

Choosing the right neighborhood is important

The neighborhoods in Chicago vary in terms of their attraction, personality and mix of cultures. Where you ultimately choose to settle down will affect your experiences so you should try to choose wisely. If you’re confused about where to set up residence, then check out these top ten best places to live in Chicago.

When it comes to violence in Chicago, the media is very well apt at portraying it as a deadly city. However, once you know your way around and which neighborhoods to avoid, you’ll see that sometime the narrative in the media is grossly overstated. Chicago is becoming much safer. In fact, over the past two years, Chicago has seen a double-digit decrease in gun violence. Do as much research as necessary until you feel comfortable with the area you have chosen.

You don’t need a car to get around

Chicago is an extremely walkable city. Public transit is reliable and there is a wealth of options for getting around. Chicago has the second largest transportation system in the United States. It also offers bike sharing via Divvy. It’ll be easy to get around without a car. In fact, having your own personal transportation may be a bit of a hassle. Between getting snow tired, ensuring your car is winter ready, and prepping for ‘dibs season’, owning a car may be more trouble than its worth. Walking or biking will be better options. Plus, walking allows you the opportunity to explore the city and all its hidden gems.

It may be more expensive than you think

With the highest sales tax in the nation, settling down in Chicago will not come cheap. It has the highest combined state and local taxes in the entire US. People in Chicago pay 10.25 percent combined state and local sales tax, a 2.25 percent sales tax on groceries and .25 percent restaurant, which is the second highest in America. Depending on your level of income, these taxes may drastically affect your standard of living. Before you move to Chicago, using a sales tax calculator as part of your planning can help you to assess the monetary impact.

Try not to be deterred by the taxes. When compared to other major cities, the cost of living in Chicago can be quite affordable. According to BizJournals, Chicago is the 3rd most populous U.S. city but it is not in the Top 10 for highest cost of living. The city comes in at number fifteen on the list of most expensive cities. The average monthly expenses in Chicago total around less than $2,500, which is still lower than Miami.

The job market is challenging – but things are improving

Chicago has a diverse range of industries, which means there are lots of opportunities to be gainfully employed. In 2017, Chicago did not even crack the top twenty in WalletHub’s ranking of the best U.S. cities for job seekers. Much seems to have changed since then, especially in the tech industry. According to the Chicago Tribune, tech-related employment in Chicago grew by nearly 6,000 jobs in the past year.

Chicago’s economy has 4 key industries – manufacturing, transportation, information technology, and health services and technology. If you are not a part of those industries, there are still many job opportunities available if you decide to move to the Chicago area. Sites like LinkedIn can help you to get a better feel of the available jobs before you decide to make a commitment to moving. Additionally, if you work for a large corporation, you can check to see if there are any opportunities to transfer to Chicago or perhaps work remotely.

There is a rich history of architecture

Chicago has a number of iconic buildings. In fact, it has been touted as 10 iconic buildings in Chicago architecture should be on your list. From the Chicago Cultural Center built in 1897 to the Wrigley Building that contains French Renaissance details, you’ll be thoroughly impressed by the intricacies that make up Chicago’s buildings.

People in Chicago take their food very seriously. Don’t believe us? Chicago doesn’t just have one iconic dish. It has four – deep fish pizza, Chicago-style hot dog, popcorn, and the Italian beef sandwich. For deep dish pizza, residents in Chicago have strong feelings about which restaurants do it the best. However, Lou Malnati’s appears to be a favorite among tourists and long-time Chicagoans alike. The food in Chicago is also very diverse given the large number of immigrants that are present there. Chicago isn’t only famous for fast, greasy food. There are also fine dining options. Enjoy the mastery of chef Grant Achatz at Alinea in Lincoln Park with selections such as squab with peppercorn custard, sorrel and strawberries, and cocoa-coated watermelon with cubed Kobe beef. Feeling for more striking dishes? Everest in Loop serves up foie gras, veal tenderloin, and coconut soufflé.

The sheer number of food choices may seem overwhelming at first. However, if you choose to make Chicago your home, you’ll have a lifetime to check out all of them. If you’re confused about where to start, then this Eater’s Guide to Chicago has some great recommendations.

Get acquainted with sports

Though the Chicago Bears are not among the best in the NFL, people in Chicago still remain very loyal to them. The city is known as a sports town and games are tantamount to cultural events. The Chicago Cubs has not won the World Series in more than a century but remain one of the most beloved sports teams on the strength of its fans. Whether you choose to cheer for a team from your previous home state or embrace the tenacious loyalty of Chicago sports fans, you’ll never have a dull moment if you go to a sports game in Chicago. The brutal winters aren’t enough to keep the loyal and passionate Chicago fans away from cheering on their favorite teams.

The city has some fun (and unique) traditions

With the most dance festivals in the country, it’s a given that Chicago’s event schedule is very hectic. Lollapalooza is one of the most famous music festivals in the country and it has been calling Chicago home for nearly 30 years. Every year, thousands of people from all over the world flock to the four-day music festival to enjoy eclectic sounds from well-known artists. Living in Chicago would not only give you the chance to experience the famous festival, but perhaps grant you a business opportunity as well. You can consider renting our a room or your home on AirBnb.

In addition to music festivals, St. Patrick’s Day is also a major attraction for the city. Around 400,000 people flock to the Chicago River on every March to marvel at its green hue. The tradition of dying the Chicago River goes all the way back to 1962 and has been done every year since. It’s an event that attracts both visitors and residents of the city.

Making the decision to move is always a major one. While it is a big decision, it never has to be a stressful one. Chicago, like many cities all over the world, has its pros and cons. Ultimately, your move will decide on where you are in life. If you are looking for the excitement of a large city, then Chicago may just be the place for you. When moving, there are a variety of resources available for your to make a smooth transition. Check out our moving tips to get information on the best places to find packing supplies, movers, and much more. You should also consider renting a self storage unit in Chicago so that you will have a reliable place to store your belongings both before and after the move. 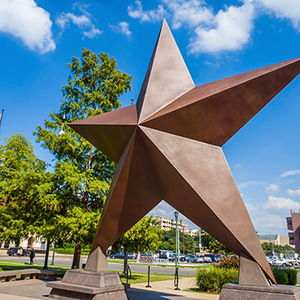 Is Austin, TX a Great Place to Relocate? 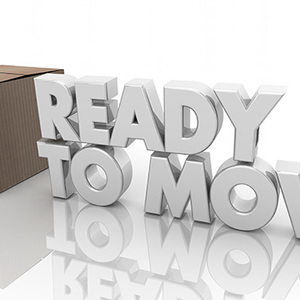 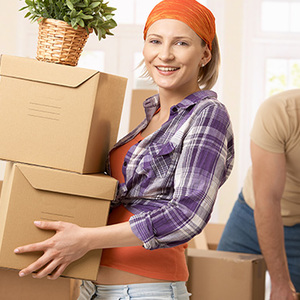 Moving Do it Yourself: 10 Things I Wish I'd Known Earlier